Have a great idea for augmented or virtual reality? Here’s your chance to share it with the world — and even win $30,000 in cash and prizes — at an upcoming VR contest. 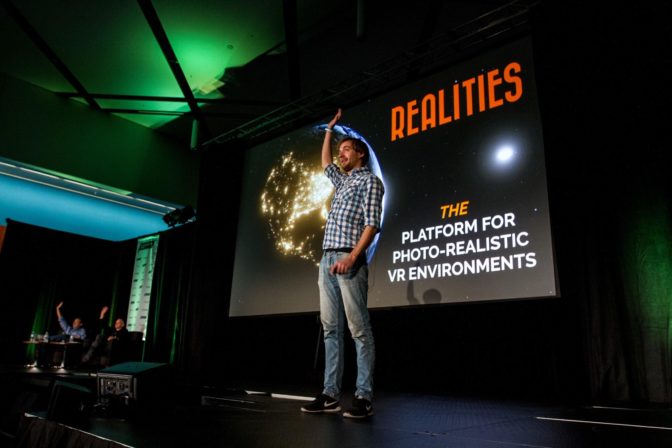 The VR Content Showcase is an incredible opportunity for 10 startups, universities or individuals to gain global recognition for innovation in augmented or virtual reality. The event will take place at our GPU Technology Conference, running May 8-11, which draws thousands developers, researchers and innovators to Silicon Valley each year. During the VR contest, 10 selected entrants will pitch their ideas on stage for five minutes to a panel of judges, followed by three minutes of Q&A. They’ll also receive free booth space in our exhibit hall to demo their technology.

“Winning the VR Showcase at GTC was an extra boost forward for Realities.io in many ways!” said Daniel Sproll, CXO, realities.io. “We received valuable feedback from people at the heart of the industry and made many important contacts. It also accelerated many aspects of our business, from fundraising to our photogrammetry processing, thanks to the powerful NVIDIA Quadro GPUs that were part of the prize. If you are looking for a fast-track to get your VR company in front of the right people inside the industry, the GTC VR Showcase is the way to go!” 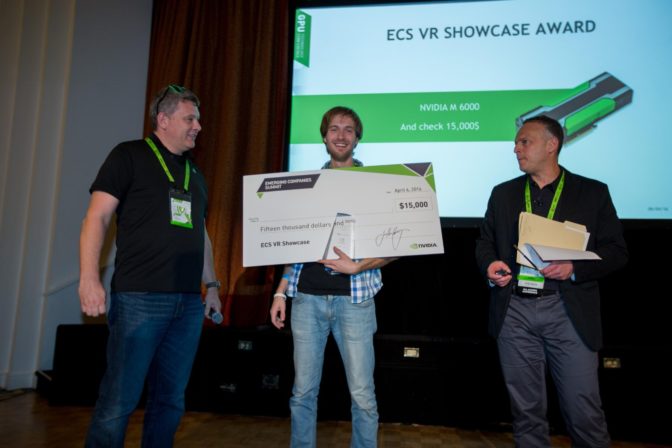 To take part in the VR Content Showcase, apply by Wednesday, March 15.

Participation is available to teams from universities, research programs and individuals, as well as startups and companies with less than $5 million in capital. The showcase is open across enterprise and industry segments, including science, technology, education, art, medicine and more.

Technologies must run using an AR or VR headset attached to a computer or workstation with a GPU. Applications must use or have plans to integrate GPU technology such as GameWorks, DesignWorks or VRWorks.