But it was about to become a cultural tsunami. Wolfenstein 3D, released in May 1992, showed how the PC could be good for much more than just spreadsheets. The title, released as shareware, spread from user to user like wildfire.

The broader lesson: the PC, open to all comers, would be where a new generation of electronic entertainment would be forged.

Today, PC games are a $33 billion industry. There are more than 1.2 billion gamers worldwide, a figure that will grow to 1.4 billion by 2020, outstripping the most populous nations on earth.

Destiny 2, debuting on the PC later this year, promises to bring the genre Wolfenstein 3D pioneered to new technical heights, and vast audiences.

The story behind the story: NVIDIA software and services that keep this glorious cycle moving at an ever faster pace. 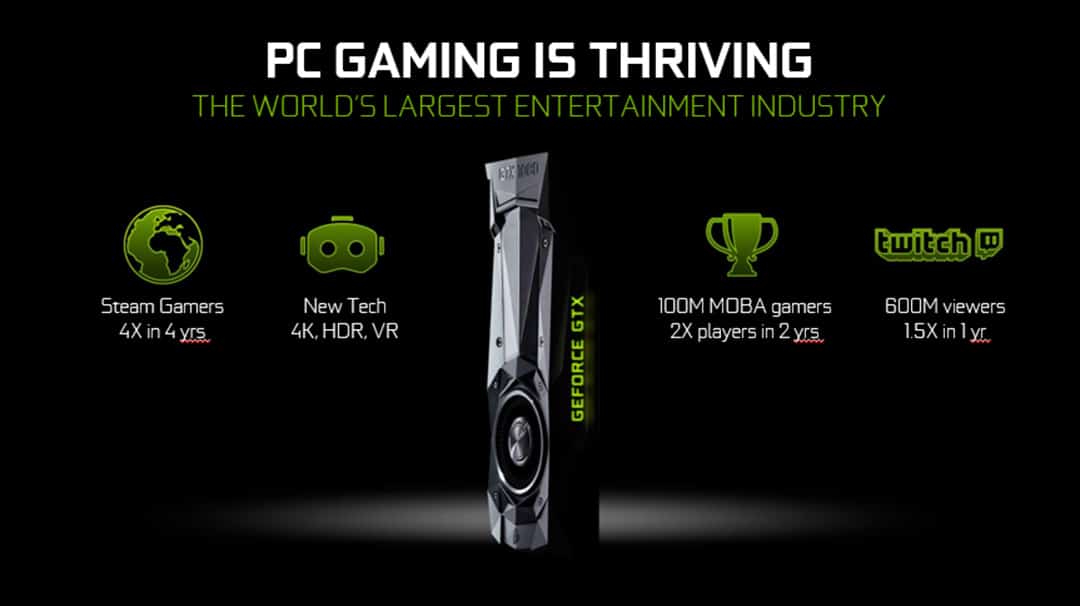 Thanks to the PC’s open architecture, NVIDIA has been on the forefront of the PC gaming trend since our inception, driving PC graphics to new heights. Whether you’re talking about technologies such as transform and lighting, programmable vertex and pixel shaders, or the invention of the GPU, a huge chunk of the 3D graphics innovations for the PC over the last 25 years has been introduced first by NVIDIA.

Those contributions have been woven into an industry that’s moving faster than ever. And the pace of change in the PC industry is even more remarkable when you consider its size. Look beyond the headline number — gamers measured in billions — and you’ll find a number of big trends.

eSports has turned PC gaming into a spectator sport with huge audiences — with more than 515 million expected to tune in by 2020, up from more than 385 million today, according to market researcher NewZoo. That industry, in turn, grew out of the vast market for online games, which is expected to grow to more than $37 billion in 2020, predicts DFC Intelligence.

The PC industry has become the engine that propels new kinds of entertainment into the lives of hundreds of millions of people because it’s so adaptable. A decade ago, most gamers were equipped with towering PCs. Now, they’re as likely to use a new generation of thin, light laptops.

PC gamers and developers are pioneering VR and AR games that blend the real with the virtual in ways that are impossible on any other platform. That adaptability — driven by the PC’s open architecture — has a long history. Twenty years ago, PCs were strung together for LAN parties, which today have evolved into ever more sophisticated online gaming networks.

Master the Best Games on the PC, Like Destiny 2 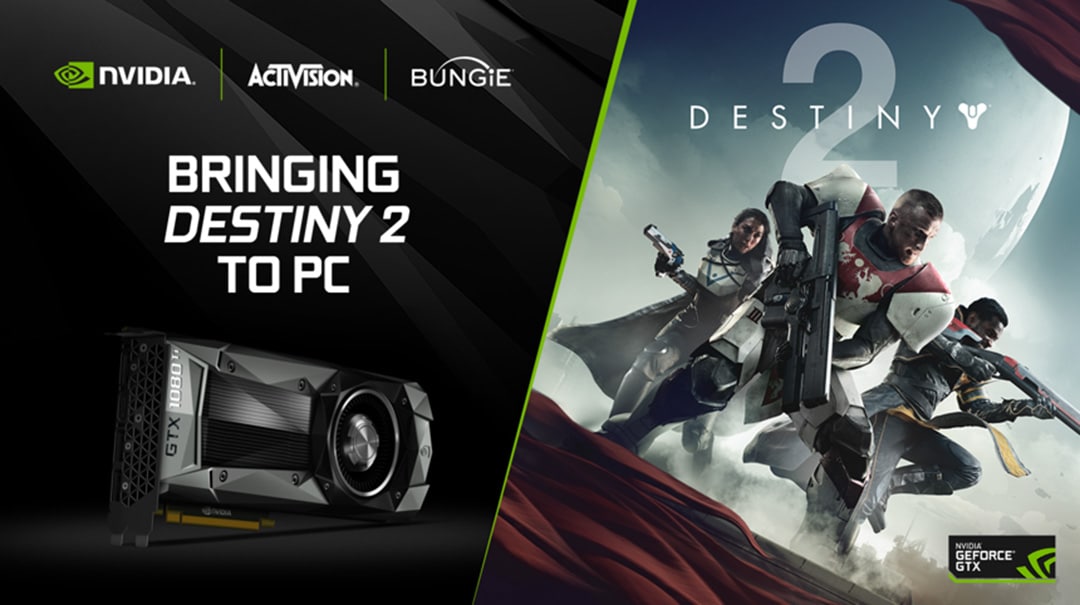 Now, Destiny 2 is the latest in a long string of titles that will bring massive numbers of gamers together online to take part in amazing shared experiences. Just as the shareware phenomenon spread Wolfenstein 3D a two-and-a-half decades ago, today’s PC games are available everywhere: from stores to digital distribution services.

That means that indie games from small, innovative developers, and new kinds of games developed on a PC — such as our own VR Funhouse — can be shared with hundreds of millions of PC gamers overnight.

New experiences like these are driven, in part, by the ability to plug newer, faster GPUs into PCs. Our Pascal GPU architecture delivers 5x more performance and 7x the efficiency of the Fermi-based GPUs we introduced seven years ago. We’re working with the broader PC gaming community to perfect new technologies — such as DirectX 12 — that can boost the performance of AAA games by as much as 33 percent after their introduction. And our GeForce Experience platform and Game Ready Drivers make sure gamers get the most out of their individual PC configuration with a single click.

PC Gaming Races Ahead with GameWorks

And, with GameWorks, we’re putting the teams of our engineers — and our latest technologies — at the service of game developers who have made our technologies ubiquitous in PC gaming. Over 1,000 games from two dozen major studios now incorporate GameWorks technologies.