But right out of the box it gives you a huge performance upgrade for games you’re playing now. 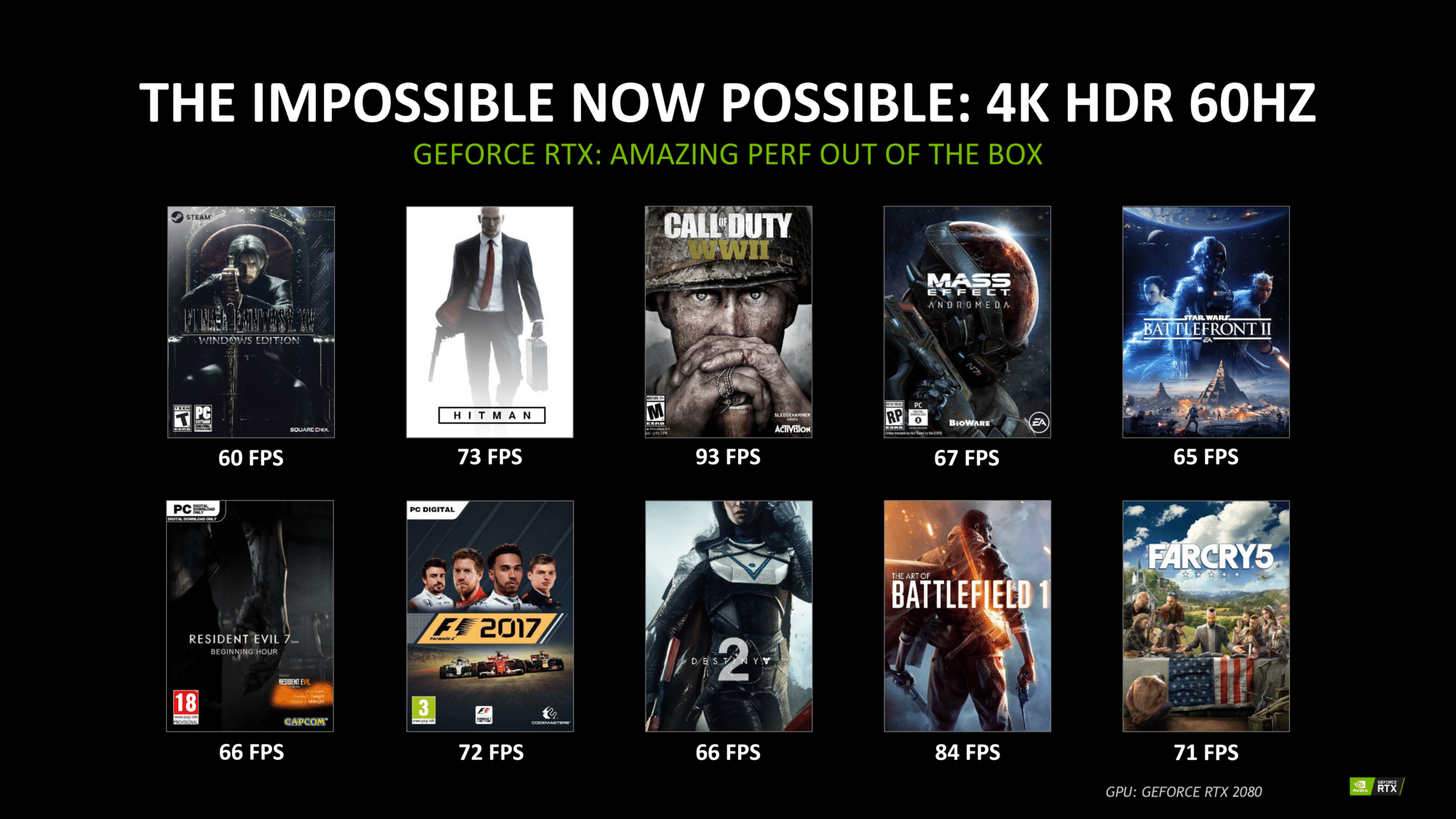 Our new Turing GPUs — the GeForce RTX 2080 Ti, 2080 and 2070 — arrive ahead of a holiday shopping season supercharged by sub-$300 4K monitors and a lineup of big titles from top game franchises. 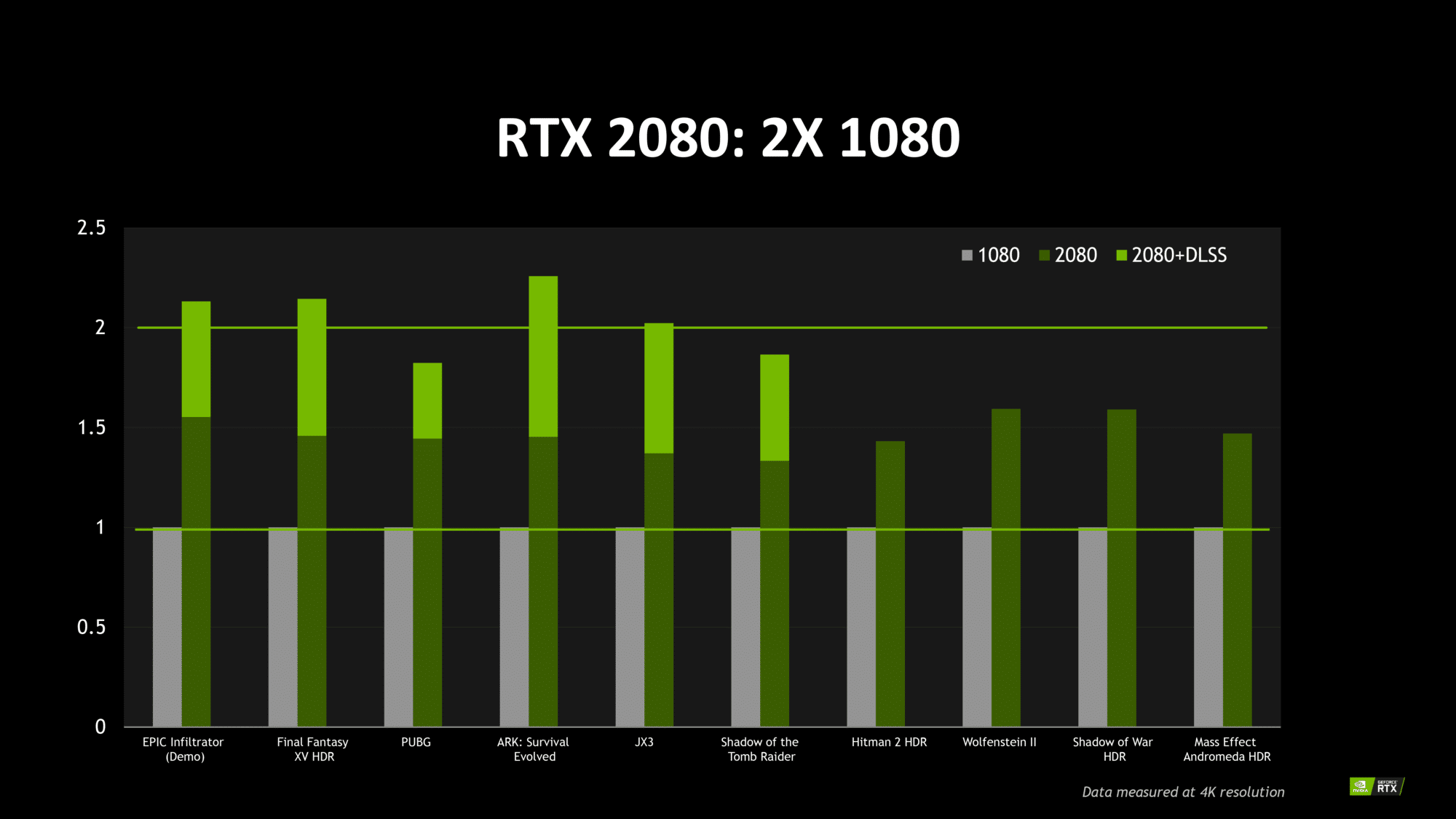 For game after game, Turing delivers big performance gains (see chart, above). Those numbers get even bigger with deep learning super-sampling, or DLSS, unveiled Monday.

DLSS takes advantage of our Tensor Cores’ ability to use AI. In this case it’s used to develop a neural network that teaches itself how to render a game. It smooths the edges of rendered objects and increases performance.

That’s one example of how Turing can do things no other GPU can. This makes Turing’s full performance hard to measure.

But looking at today’s PC games — against which GPUs without Turing’s capabilities have long been measured — it’s clear Turing is an absolute beast.

Get ready to hear it roar!