For today’s GFN Thursday, we’re taking a look at all the exciting games coming to GeForce NOW in April. 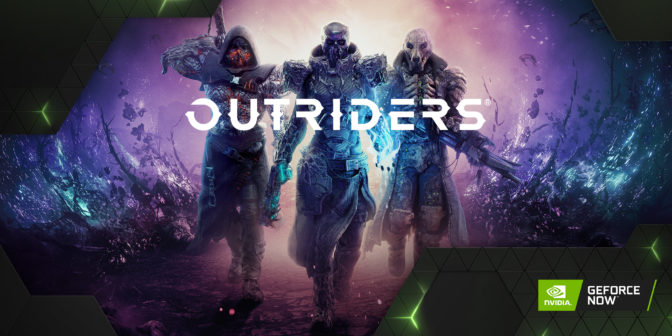 As mankind bleeds out in the trenches of Enoch, you’ll create your own Outrider and embark on a journey across the hostile planet. Check out this highly anticipated 1-3 player co-op RPG shooter set in an original, dark and desperate sci-fi universe.

Members can also look for the following titles later today:

There’s a wide and exciting variety of games coming soon to GeForce NOW:

The legendary side-scroller is back with beautiful 3D graphics, exhilarating shoot-’em-up gameplay, and a multitude of stages, ships and weapons that will allow you to conduct a symphony of destruction upon your foes.

Play as an adorable yet trouble-making turnip. Avoid paying taxes, solve plantastic puzzles, harvest crops and battle massive beasts all in a journey to tear down a corrupt vegetable government!

And that’s not all — check out even more games you’ll be able to stream from the cloud in April:

Oops, We Did It Again

In March we said 21 titles were coming to GeForce NOW.

Turns out we added 14 additional games for a grand total of 35. That’s more than one a day.

It should be an exciting month, members. What are you going to play? Let us know on Twitter or in the comments below.

What Are Large Language Models Used For?